Despite the hurricane tragedy in Texas, more than five hundred people of different faiths gathered at the Nirvana Center in Dallas recently to participate in interfaith prayers for the victims of the recent flood disaster that took hundreds of lives in Sierra Leone.

The program was organized by the entire community drawn from different organizations under the coordinating body, the Association of Sierra Leonean Organizations in Texas (ASLOT).

“The thoughts of the Sierra Leonean community in Texas are with our home-based Sierra Leone brothers and sisters who are facing a disaster of monumental proportions,” .

“As we observe the nationwide mourning for the victims, we are also responding to the challenges of safety, and sustenance amid, the need to pray to the Almighty God for forgiveness, ASLOT president, Reuben Ndomahina stated.

A number of distinguished clergy men from the Christian faith and Imams from the Islamic faith, offered fervent prayers for all of those caught up in the landslide tragedy. They also prayed for the country as a whole. 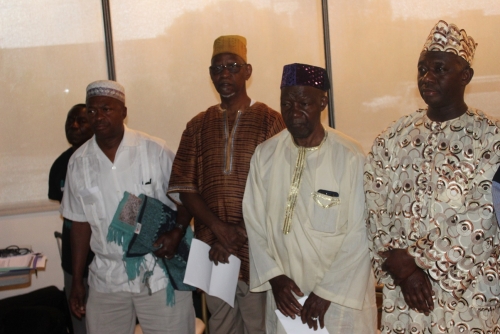 The landslide incident was a capricious blow that had taken innocent victims, leaving loved ones in shock and despair.

“After several speculations to find reasons behind this catastrophe, all what our community in Texas can say is to pose the great question, the agonized cry, “Why?&#82 Nevertheless, our natural instinct should not find somebody to blame, Pastor Kanu, the leader of Christian faith said. 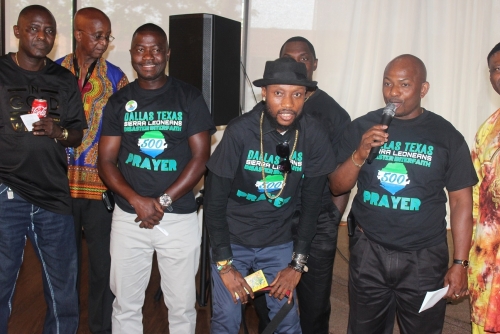 ASLOT has been doing this form of interfaith prayers in the past years for the country, but this one stood out for the dual goal it sought to achieve. The event served both to remember the victims and their families, and to raise funds for the victims’ families.. 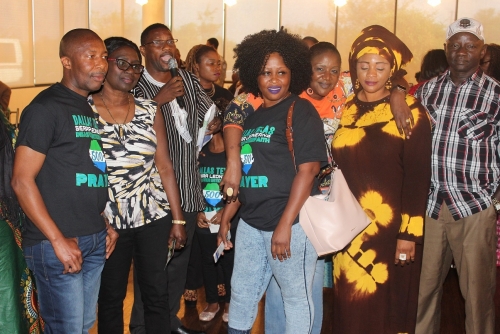 The program began with the singing of the national anthems of the United States and Sierra Leone to show honour and respect to the two countries, after which open prayers were offered in the islamic faith by Alhaji Sununu from the West African Muslim Association of Texas (WAMAT), and in Christianity by Pastor Agnes During, a renowned Reverend in the community. The reading of the Holy Quran was made by the Chief Imam, Alhaji Salieu Bah, while Pastor John Kanu of Ark of God Ministry coordinated the Christian prayers.

Almost all local organizations including alumni associations,, business people, and health professionals took part to honour the victims and the country. 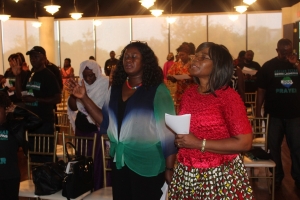 As we are living in an increasingly religiously plural country, in the United States where our American friends and other nationals are adherents of different religious traditions, the desire to pray together along with the Americans for mercies on our country becoming pivotal in our community in Texas.

The Association of Sierra Leonean Organizations in Texas believes strongly that praying together is another way of strengthening unity among the community.

Daniel Macarthy, a young man in the community was the biggest individual donor at the fundraiser. He felt compelled to sacrifice his time, energy and money to print T-Shirts for the community so that, as he put it, “we will look different from all”.

After the landslide shock and amid grieving, Macarthy has been thinking unceasingly on how he should contribute to this recent flooding catastrophe. He said:

“My country first before anything else”.

After the eleven year civil war, the Ebola epidemic struck in 2014 killing thousands of people, and now another tragedy, a mudslide episode recorded again on August 14 killing hundreds of people, leaving thousands totally displaced, and had destroyed properties worth billions of Leones.

The only thing left with us to do in our country is, prayer which is the mighty power that moves God to have mercies, some people, he concluded. 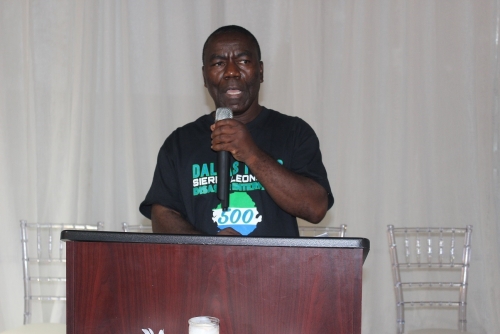 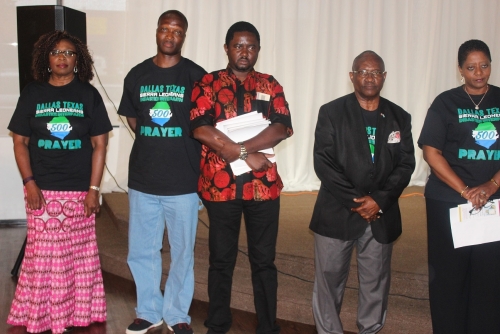 A cross-section of ASLOT members 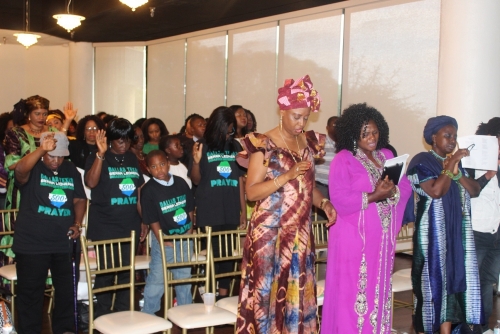