All the press releases and statements being issued by the authorities have not been translated into concrete actions as manifested in the chaos that ensued in the handling of the Kenya Airways flight that brought in a suspected Japanese family in Freetown yesterday.

The plane remained unattended to for a couple of hours upon landing. There was no medical personnel prepared to handle the passengers.

The Sierra Leone nationals were finally allowed to disembark and then allegedly transported to a holding center in Port Loko to be quarantined.

It will not be surprising if the quarantine center in Port Lolo lacks basic social services including food. Does the government really have the capacity to feed the passengers for two weeks?

If the government fails to deal with this looming pandemic with the seriousness it deserves, it will cost us very dearly.

We must learn to manage our country without waiting for donor handouts and charity aid which may not be forthcoming.

The whole country is sitting on a time bomb. Those who want to eat corona money like it happened with Ebola funds may be the first victims to be wiped off by the disease.

Sierra Leone has not reported any case of coronavirus.

• However, the Kenya national carrier said that all the passengers were screened and cleared to travel to their final destination including Freetown.

• KQ management added that the four landed in JKIA and were screened upon arrival and no case of the virus was detected. 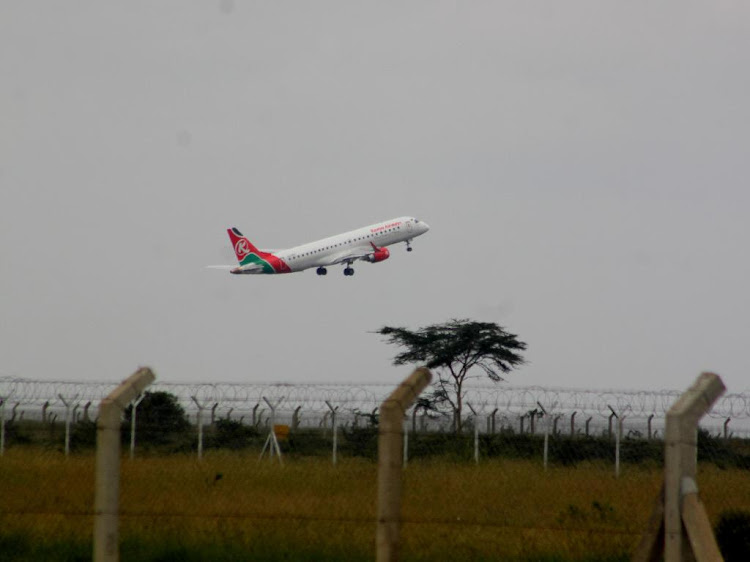 One of the four Japanese on board had been suspected to be infected after displaying signs of coronavirus.

The KQ flight had originated from the Robert International Airport in Monrovia, Liberia and the four were touring the country.

The Station Manager of Kenya Airways in Freetown alerted the authority about the situation of the Japanese.

Upon touching down, other passengers apart from the Japanese nationals were allowed to disembark and quarantined in accordance with the health precautionary measures of Sierra Leone.

However, the Kenya national carrier said that all the passengers were screened and cleared to travel to their final destination including Freetown.

KQ management added that the four landed in JKIA and were screened upon arrival and no case of the virus was detected.

“On arrival in Nairobi, further screening was conducted by Port Health authorities at JKIA where they were cleared to travel,” KQ statement reads.

The four have been put on their onward flight to return to their home country.

Sierra Leone assured its citizens that it is committed to preventing the virus from entering the country.

Sierra Leone has not reported any case of coronavirus.

35 African countries have confirmed cases of the COVID-19 , Mauritius being the latest.

On Wednesday, March 18, Egypt had 210 cases followed by South Africa which has 116 cases.

Kenya has 7 confirmed cases and the first case was confirmed by Health CS Mutahi Kagwe on March 13, 2020.

There was confusion at Sierra Leone’s Lungi International Airport on Wednesday after a Kenya Airways (KQ) flight carrying a suspected coronavirus case landed.

The flight to Freetown, whose first leg had seen it first land in another country, had four Japanese passengers on board, one of whom was reported to be displaying symptoms of the viral infection.

News of the suspected case first emanated from Liberia where the plane had transited en route to Sierra Leone.

A statement from the Sierra Leone Civil Aviation Authority said a KQ station manager had alerted authorities of the suspected virus case when the plane landed in Liberia.

Sources said the plane spent some time in the air after its landing was delayed to allow Sierra Leonean authorities prepare for appropriate action.

However, when it eventually landed, some of the passengers refused to be quarantined.

A ministry of Health official told the Nation that the Japanese passengers did not disembark and were flown back to an unknown destination.

Harold Thomas, Communication Lead at the Directorate of Health Security, Ministry of Health and Sanitation (MoHS), said a number of other non-Sierra Leonean passengers from neighbouring countries also opted to return to their point of origin after they refused to undergo the mandatory 14-day quarantine.

“The rest of the passengers, all of whom are Sierra Leoneans, have been taken to a quarantine facility and are currently being monitored,” he added.

It wasn’t immediately clear where the Japanese nationals would be returned, but as is tradition, refusing countries often return passengers to their last boarding site.

KQ is one of about half a dozen airlines that currently operate flights to the West African country after two major airlines, Brussels Airlines and Air Maroc, announced they were halting operations until the pandemic is contained.

Sierra Leone has not confirmed any coronavirus cases.

Despite this, the country has intensified measures to keep the new coronavirus (Covid-19) at bay, since all its close neighbours — Guinea, Liberia and Cote d’Ivoire — have recorded cases.

President Julius Maada Bio, in a televised address on Wednesday evening, announced further anti-coronavirus measures to include deployment of the military to the airport and all other border entry points to take charge of screening.

Bio called for a review of everyday life to include practicing social distancing in a country used to large social gatherings.

He also urged citizens to report any symptoms of the viral disease to health officials through a dedicated toll number — 117.

Bio, however, ruled out shutting down the country, but stressed that the government would take every measure necessary to prevent entry of the virus, including enforcing guidelines announced by the Ministry of Health last week.

Decolonising the Mind from The Paradox of Edifices of Slavery.

Fourteen days notice to appeal must expire or appeal abandoned…. Parliamentary seat must remain vacant within this notice period. “The High Court Usurps the Power of the People In […]