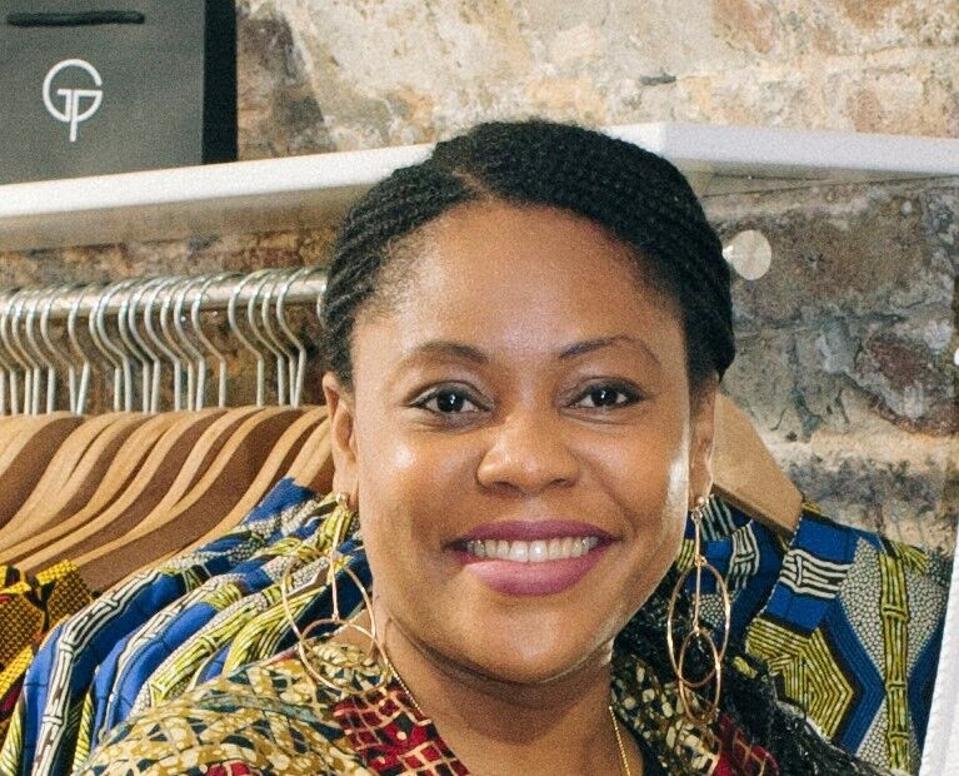 Mariatu Turay braided hair to survive when she was  homeless and penniless after fleeing war-torn Sierra Leone at the age of 16.

Now she is prominent in London’s African community as an entrepreneur with her own fashion boutique and believes her story demonstrates that anyone can follow their dream.

Turay was born in London, the daughter of a Sierra Leone government official.

But was raised in Freetown in the west African nation until being sent to America with her mother and brothers at the age of 16 when civil war was raging.

Homeless in the U.S., she fell back on the hair braiding skill she had learned at school where all the girls had to plait their hair.

Begging from work, she ended up in a hair salon, then learned secretarial and office skills so she could get corporate work.

Moving back to London, she used her hairdressing skills to pay her way through college, earning a degree in  economics, politics and public administration. Then she worked as a civil servant.

It was another skill she had learned during here upbringing in Freetown, Sierra Leone, that gave Turay the impetus to become an entrepreneur, however.

Her mother had given her a hand-worked sewing machine when she was 11. Now she taught herself design.

The firm, which she set up in 2011, opened a boutique in Deptford, South-East London, in 2016. It is aiming, she says, to be a celebration of its founder’s Sierra Leone and Barbados heritage. 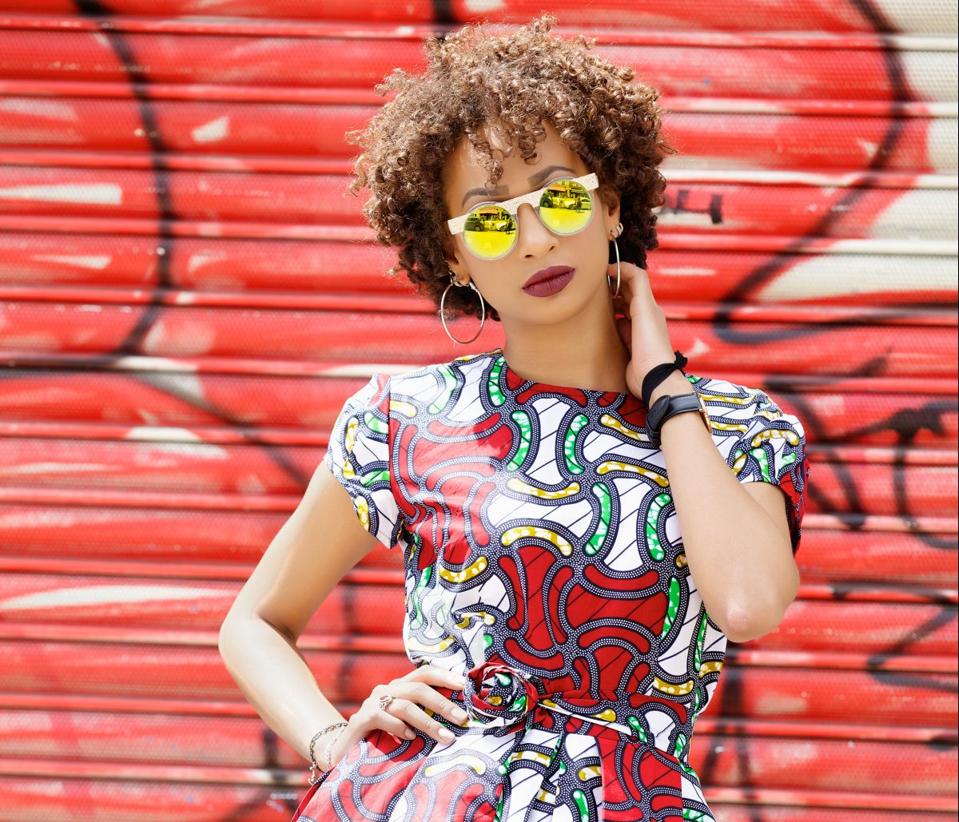 Now a married mother of five, including two step-children, Turay wants the business to emphasize how women should stand out, be bold and seek to win in all areas of their lives.

“My family life and dreams were interrupted overnight,” she says.

“The trauma is on all levels but I never lost my way at the most challenging of times. I always knew that with hard work and kindness I’d make it.”

Named after an acronym for “God Is Truly Amazing,” Gitas Portal sets out to be an affordable, mid-market, luxury brand that is known for sophisticated, feminine cuts and a creative use of West African textiles in beautiful elegant styles. 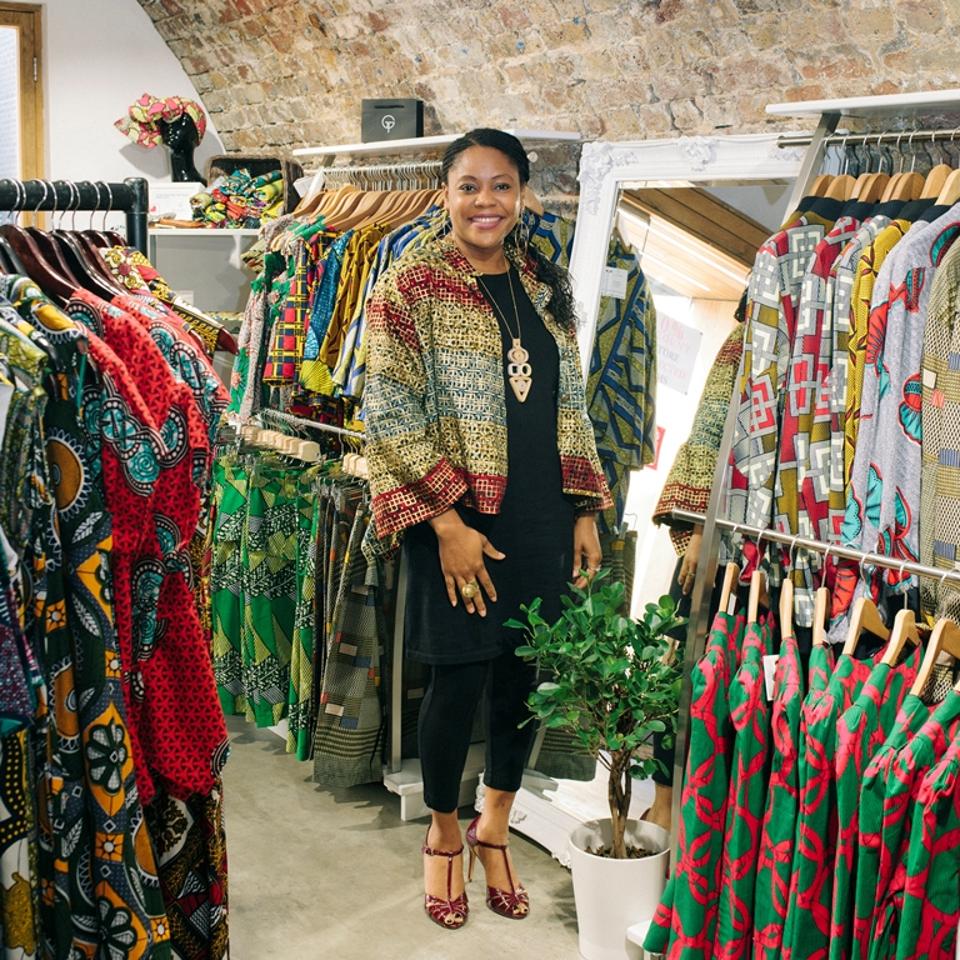 Its motto – “Be Bold, Win, Wear Color” is for women who is unapologetic about her beauty and express their style with confidence.

As a self-taught designer-maker, Turay’s goal is to set a benchmark for African-inspired fashion pieces, promoting quality, beautiful and well-made designs that will challenge and balance perceptions about Africa.

She says she sees fashion as both a unique expression of individual flair and the emancipation of one’s inner beauty. and believes her story demonstrates how. despite life’s turmoil, anyone can make their dreams come true.

Deptford is an unlikely breeding ground for retail entrepreneurs or female fashion icons.

Yet, Gitas Portal is showing that the fashion world remains open to diverse and creative entrepreneurial talent.