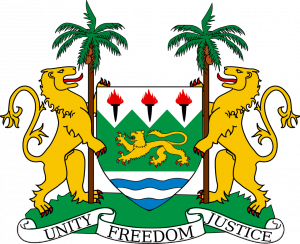 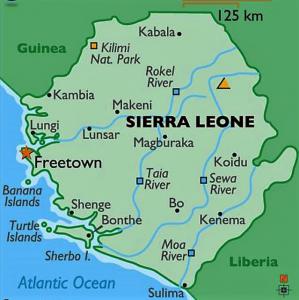 I plan to address the Ebola widows and orphans through a series of initiatives, which includes job training, housing, education, and healthcare.

For more than ten years, she has provided much-needed assistance to the nation of Sierra Leone by shipping containers of medical supplies to various hospitals and health centers to her home country.

To facilitate these shipments of supplies which included beds, stretchers, wheel chairs, oxygen cylinders, pressure cuffs, stethoscopes as well as medication, Mrs. Timbo established the New Hope Horizon Foundation. Her invaluable support of the government’s health care initiatives under the leadership of the First Lady Mrs. Sia Nyama Koroma, earned her the appointment as the Goodwill Ambassador for ABLE International for the West African Continent and an international diplomat appointed by His Excellency President Ernest Bai Koroma. ABLE International is a non-profit charitable organization that assists the implementation of social betterment programs in communities throughout the world.

As a philanthropist, aside from her mission of sending medical and school supplies to Sierra Leone, Mrs. Timbo shipped tons of bags of rice and other non-perishable commodities to families in the Kalangba, Gbendembu Gowahun and Rokulan metropolises.

In 2014, after learning of the Ebola breakout in Sierra Leone, her compassion for her people was ignited and her heart and soul were gripped with pain by the many people dying. She worked tirelessly calling various organizations and medical institutions asking for help and medical supplies. When Mrs. Timbo connected with the Houston Methodist Hospital, she found a group of kindred spirits who supported her cause by providing the much-needed supplies. The supplies were shipped in a 40-foot container.

Unfortunately, the amount of help rendered amounted to only 12% of the consignment sent. Out of the goodness of her heart, Mrs. Timbo used her own resources to pay the balance of the shipment. She never gives up on her people.

Timbo’s years of experience in home health services has given her the foundation to assist in leading the charge to bring better health preventative care for Sierra Leoneans. “I plan to address the Ebola widows and orphans through a series of initiatives,” she said. “The epidemic is behind the country but the aftermath has devastated families. It is a top priority to ensure that the survivors are not forgotten.”

Sierra Leone’s disabled and HIV/AIDS community will also be a focus to provide them with the medical equipment, physical and psychological therapy and other tools to give them the ability to lead a better quality of life. “I intend to help remove the stigma of persons with disabilities and those stricken with HIV and AIDS, provide safe sex and celibacy education to decrease the number of cases, as well as help those afflicted with other infectious diseases with medication, proper nutrition and support groups,” she said.

Sierra Leone’s population is more than 6 million men, women, and children. The housing market is a challenge especially for low-income and disabled people. “My plan is to provide affordable housing with disabled accessibility and built in convenient locations in proximity to employment opportunities,” said Timbo. “Using durable, inexpensive materials from the United States, affordable housing is achievable with the right partners to collaborate on homeownership for the people of Sierra Leone.”

Some of the people of Sierra Leone are farmers and would benefit greatly with the additional resources and training to grow more crops and raise chickens. “My goal is to improve agricultural production through sustainable management practices and partnerships with resources from the United States and other countries,” she said.

There are unlimited opportunities for businesses to prosper, provide employment for the locals, and be socially responsible. The mining industry of Sierra Leone incudes diamonds, rutile, bauxite, gold, iron and limonite. Finely powdered rutile is a brilliant white pigment and is used in paints, plastics, paper, foods, and other applications that call for a bright white color. Limonite is used for pigments for coloring paint, ink, plastic, fabric, cosmetics, food, and other materials. Bauxite, an aluminum ore, is the world’s main source of aluminum.

In 2015, Mrs. Timbo was honored for her selfless humanitarian work at the First Annual Vigor International Awards in Calgary, Alberta, Canada. The culmination of this event was that she was crowned as the 2015 Vigor Awards Ambassador. In February 2016, she proudly represented Sierra Leone at the 36th Annual Anaheim Black History Parade in Orange County, California, and the 24th Annual Pan African Film and Art Festival, the largest and most prestigious Black film festival in America and the largest Black History Month event in the United States. As Honorary Consul, on November 19, 2016, she was a presenter at the 6th Annual Nollywood & African Film Critics’ Awards in Glendale, CA and the 75th Anniversary of the Tuskegee Airmen – the Nation’s First African American Aviators – on December 2, 2016.

In her determination to help the Ebola widows, Mrs. Timbo works endless hours planning a fundraising gala to be held in 2017 along with the support of a team of elected officials, celebrities, and dedicated volunteers to ensure the widows would not be forgotten and will be self-sufficient to maintain a decent livelihood to take care of their families. To attend, volunteer and donate to the Ebola Widows 2017 Fundraiser, please visit the website www.honoraryconsulsierraleone-la.com.

APC Will Never Be The SLPP