News Ticker
By KRISTA LARSON and MARIA CHENG15 hours ago

DAKAR, Senegal (AP) — A top U.N. official in the fight against Ebola greeted just three patients at one treatment center he visited this week in Sierra Leone. Families in Liberia are no longer required to cremate the remains of loved ones to halt the spread of the virulent disease.

And in the streets of Guinea’s capital, it is rare to see the formerly ubiquitous plastic buckets of bleach and water for hand washing.

Ten months after it dawned on health officials that they were facing an unprecedented Ebola outbreak in West Africa, experts and officials agree the tide is turning, although previous lulls have proved short-lived.

There is still no vaccine or licensed treatment, nor is it clear whether the international community has actually learned any lessons from an epidemic that killed at least 8,675 people.

“Things have changed drastically for the better — no one can deny that,” said Aitor Sanchez Lacomba, Liberia country director for the International Rescue Committee. “How can we make sure that we don’t have these kinds of situations in the future?”

Previous disease outbreaks, including SARS and bird flu, prompted calls to build strong health surveillance systems and to reinforce agencies like the World Health Organization. But little has changed. 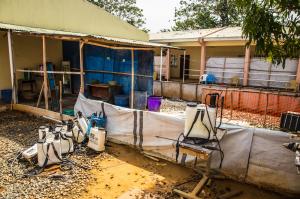 After the 2009 swine flu pandemic, WHO commissioned an independent review, which recommended creating a $100 million emergency fund for health crises and beefing up rapid-response health experts. Neither has been done.

The human toll of Ebola can be starkly seen in one plot of land in Liberia’s capital where only Ebola victims are buried now. Cards placed on sticks and stuck into the ground carry the names of those who died. One day, families hope they will be replaced with concrete gravestones marking the years of birth and death as sunrise and sunset.

“Recriminations are counterproductive, but it will be necessary to understand whether this outbreak could have been responded to quicker with less cost and less suffering,” U.N. Ebola chief, Dr. David Nabarro, told the U.N. General Assembly earlier this week

Julius Kamara, a father to two girls who remain home instead of going to school, said sometimes the plastic buckets in Sierra Leone’s capital for hand-washing are now empty. There are fewer checkpoints, restrictions on movements are being lifted but gatherings are banned and bars and clubs are closed. 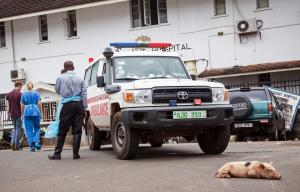 “We are all looking forward to when life can get back to normal,” he said. Sierra Leone plans to reopen schools in March, following Guinea which opened them this week. Liberia is set to reopen schools on Feb. 2.

“The epidemic has turned,” Ismael Ould Cheikh Ahmed, the new head of the U.N. Mission for Ebola Emergency Response known as UNMEER, recently declared. The number of cases in Guinea and Sierra Leone is at its lowest since August, and in Liberia it’s the lowest since June.

Still, he and other officials caution that they lack critical information about the cases that do remain. Only about half of new cases in Guinea and Liberia are from known contacts, meaning that the remainder is getting infected from unknown sources.

No such statistics even exist for Sierra Leone, where deaths are still being underreported because families want to carry out burials in accordance with tradition, which involves touching bodies — one of the quickest ways to spread Ebola.

“There are still numbers of new cases that are alarming, and there are hotspots that are emerging in new places that make me believe there is still quite a lot of the disease that we’re not seeing,” said Nabarro, the U.N. Ebola chief. 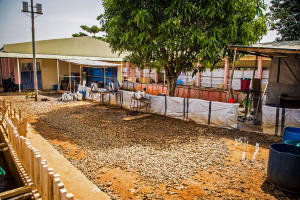 In this photo taken on Friday, Jan. 23, 2015, an empty Ebola virus decontamination zone at the Hasti …

The outbreak has not killed as many people as some predictions. At its height, one estimate warned that as many as 1.4 million people could become infected by mid-January if there were no additional interventions. Instead, the probable, suspected and confirmed case toll is 21,797 with 8,675 deaths.

Nearly every agency and government stumbled in its response to Ebola, now expected to cost the three most-affected countries at least $1.6 billion in lost economic growth in 2015.

In an internal draft document obtained by The Associated Press last year, WHO acknowledged there was “a failure to see that conditions for explosive spread were present right at the start.”

WHO blamed incompetent staff and said it let bureaucratic bungles delay people and money to fight the virus. The document said the agency was hampered by budget cuts and the need to battle other diseases flaring around the world. 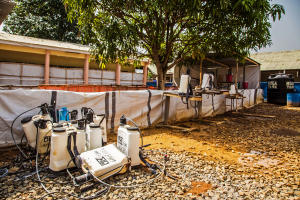 In this photo taken on Friday, Jan. 23, 2015, an empty Ebola virus decontamination zone at the Hasti …

“We’re always looking to improve and we want to do better next time, so we will listen to what our member states have to say,” said WHO spokesman Gregory Hartl.

“The world today doesn’t have a proper organization to respond quickly to this kind of catastrophe,” he said.

Officials must also think about changing risky cultural practices in future epidemics, said Dr. Peter Piot, director of the London School of Hygiene and Tropical Medicine and co-discoverer of the Ebola virus.

“I think we underestimate how incredibly difficult it is to change behavior,” he told AP. “We make guidelines about it, but there is so much more to it than that.” 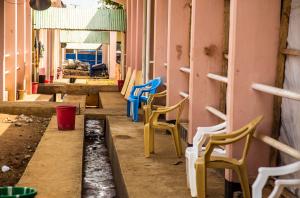 Health officials also agree that time was wasted on nearly every aspect of the Ebola response. It took too long to build treatment centers. The countries that sent soldiers to West Africa — namely Britain and the U.S. — did not fully commit to the effort, said De le Vingne. Still, he is optimistic the unprecedented scale of the Ebola outbreak will prompt change, and that future outbreaks will be detected more quickly.

On Sunday, WHO’s executive board plans to discuss several proposals that could redefine how the U.N. health agency responds to outbreaks. In a recent report, WHO wondered if the commitment to battling the dreaded disease will remain strong.

“The virus has demonstrated its tenacity time and time again,” the report said. “Will national and international control efforts show an equally tenacious staying power?”