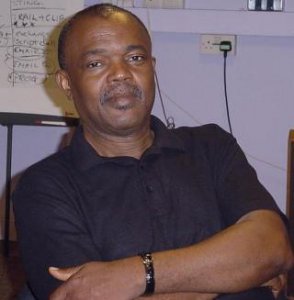 My attention has been drawn to a patently malicious and false allegation made against me by Mr. Victor Sylver , the Editor of the SIERRA HERALD blog (formerly)in the Sierra Leone Web. I was a vociferous critic of the RUF/AFRC as can be clearly demonstrated from my many articles in the PROGRESS newspaper, edited by the late Fode Kande; the WEST AFRICAN JOURNAL , edited by Joe S. Kappia of San Jose, California and the SIERRA LEONEAN NEWSLETTER , edited by Sekou Dauda Bangura of New Jersey.

I have never at any time written any article whatsoever to support any rebel movement or military junta in Sierra Leone. Rather, as all my articles , which are available , can demonstrate , nobody attacked the RUF more bitterly than me and nobody called on the AFRC to immediately and unconditionally hand over power back to the constitutionally-elected Head of State of Sierra Leone, His Excellency President Ahmad Tejan Kabbah than me .

I was even a member of the New Jersey-based CONCERNED CITIZENS FOR THE RESTORATION OF THE KABBAH GOVERNMENT , which battled vigorously to gather international support for overturning the AFRC coup , as can also be clearly demonstrated by the SIERRA LEONE NEWSLETTER. There are many articles in all the mentioned newspapers to prove my points.

The fact that I at one time associated with Dr. Sylvia Blyden ( Through LEONENET ) , Dr. Seaga Shaw and Mr. Gbanabome Koroma ( Through the EXPO TIMES ) —People that Victor Sylver consider RUF/AFRUC collaborators — does not warrant any libelious accusation that I supported the rebel/junta coalition. My association with the above-mentioned individuals had nothing to do with the coalition. Infact, I came to know them only after the AFRC era and after the RUF had been dismantled in Sierra Leone through a peace accord. We never at any time collaborated in any initiative that could be construed as support for the RUF/AFRC.

I articulated my same uncompromising views against the Kabbah government, RUF and AFRC in the few articles I sent to the NINJAS website, which , it can be clearly demonstrated, purported to be a media set up by independent journalists in Sierra Leone who were being persecuted by the SLPP government.Evidence can be adduced to prove that NINJAS never stated that their website was a rebel forum not to mention betray any suspicion that they were, initially .

As a man with strong views against the misrule, misgovernment , exploitation of the people and corruption in Sierra Leone, it is common sense that I would jump at the idea to continue expressing my views in a website set up by persecuted, independent journalists, especially as the media I was using —The SIERRA LEONEAN NEWSLETTER and the WEST AFRICAN JOURNAL —had ceased to exist and PROGRESS had become irregular due to the ill-health of the Editor.

When afterwards I started reading pro- Foday Sankoh articles in the (NINJAS)website, I immediately ceased to send my articles there. Evidence can be provided to prove that many patriotic Sierra Leoneans sent articles to the website because nobody suspected it was pro-rebel. The website carried derogatory articles against the RUF.It was later , after everybody had become comfortable with the idea that it was a website belonging to independent, persecuted journalists that pro-Sankoh articles began to show up subtly . Private investigations then followed which later proved that the owners of the site had falsely represented themselves as independent, persecuted journalists . After that, many people abandoned the website.I was one of them. I was not the only one fooled.

All those who know me since I started writing and who read all my articles in the newspapers I edited at Fourah Bay College( SPOTLIGHT and COCORIOKO ) , as well as in the TABLET newspaper , for which I worked, know me for somebody who has vigorously attacked successive governments , political parties and others ( NPRC , RUF, Kamajors and AFRC ) all my life . It is imcompatible with my history as a journalist, character and well-stated political beliefs to collaborate with a rebel group or a junta. I was even jailed in 1977 by the APC government for my views . I am sure the RUF would have sought to kill me if I lived in Sierra Leone during the war.

I understood FROM AN ARTICLE BY VICTOR SYLVER HIMSELF IN HIS BLOG that he had an issue with a sibling of mine over some relationship with his “You-Know-Who’ ( To use his exact words in a previous article.) . I was not a party to whatever happened between the two. I was in Liberia . Victor Sylver seems to be writing malicious articles against me because of his mistaken belief that I was a party and that he charged that I even wrote the said individual a letter pretending to be my sibling, as he stated in a previous article.

It is clear that it is because of this that Mr. Sylver is trying to get at me. How could I, an ordained Minister of the Gospel, sink so low ?What would I be seeking to achieve ? Is anything so special about this individual that after coming such a long way in my christian life , I would seek to destroy it by engaging in such childish acts ? .The very allegation is also libelious and malicious. I will never be a party to anything that would affect my christian standing and the strong reputation I have established. Mr. Sylver must ask people in New Jersey to explain to him my uncompromising stand for Jesus Christ. Whatever problems Sylver has with my sibling over his “You -know-Who” must be addressed between the two of them. He must leave me out of it. This should not be an excuse for him to seek to malign me. I am not a party and never would have or would ever be.

I want to warn Mr. Sylver to desist from his libelious behaviour. I will not hesitate to seek legal action against him for libel if he does not stop this madness. I hope those associated with Mr. Sylver would advice him about the potential economic danger of using his blog to make malicious allegations against people, patently misleading allegations THAT CANNOT BE PROVED or that can be countered by more compelling evidence to the contrary . A word for the wise is sufficient.

By joseph  Fitzgerald Kamara : Former Attorney General Today marks 21 days since the arrest and detention of Dr. Sylvia Olayinka Blyden, without any charges being preferred to the courts […]