Last week was a busy moment for African heads of state and government as they received representatives of former colonial masters Britain and Germany who wanted to boost trade and diplomatic presence in the continent.

Their visit raised a lot of questions regarding the kind of cooperation the Western countries were interested in especially when they were offering funds and introducing businesses while their economies are struggling.

British Prime Minister Theresa May visited South Africa, Nigeria and Kenya on her three-day Africa tour and announced £4 billion ($5.1 billion) of extra British support for African economies in order to overtake the U.S. to become the continent’s biggest investor by 2022.

German Chancellor Angela Merkel was also in Senegal, Ghana and Nigeria at the same time to not only discuss about the illegal West African immigrants on their deportation list, but to bring German businesses to the continent. Car maker Volkswagen managed to secure deals with Ghana and Nigeria to build assembling plants in the countries.

The real winner in these partnerships is China which has invited leaders of the entire continent to attend the two-day Forum for Africa-China Cooperation, FOCAC, in Beijing on September 3-4, 2018. This summit follows the immediate exit of Britain and Germany from Africa.

All but six of the over 40 African leaders and heads of state and government attended the 3rd Summit chaired by the Communist leader Xi Jinping to definitely tighten China’s grip over Africa and to deepen Africa’s dependency on China.

“China and Africa: Toward an Even Stronger Community with a Shared Future through Win-Win Cooperation,” read the theme of the summit which has resulted in the signing of dozens of agreements by African leaders with China.

Xi Jinping has announced eight new initiatives, an additional $60 billion for Africa and a clean up of the debt maturing by this year of its LDCs, highly indebted, landlocked and Small Islands States. This means loans are clearing loans and the cycle continues. 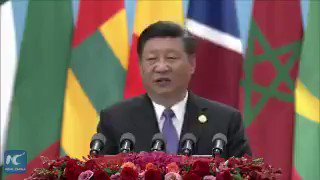 Ghana and a dozen others signed agreements before the start of the summit for China to build more roads, develop the aviation sector, improve healthcare delivery and many more projects in their countries. 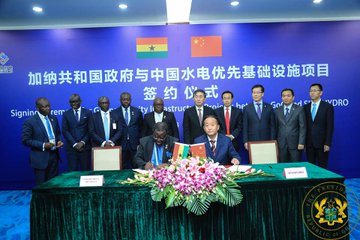 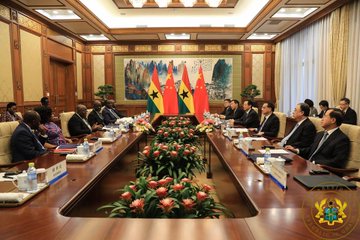 Ghana and China have signed 8 Co-operation Agreements and MoUs, in different sectors of their respective economies, aimed at deepening the ties of co-operation and the bonds of friendship that exist between the two countries. 1

Meanwhile, Africa’s win is an initiative launched by the Chinese premier to promote non-resources-based China imports from Africa and a $5 billion special fund to accelerate such efforts. Clearly, Africa cannot even facilitate its exportation of non-resource-based products. China is leading everything.

With all these developments, Africa Beyond Aid crusader Paul Kagame, President of Rwanda, maintains that “Africa is not a zero sum game. Our relationship with China does not come at expense of any other.”

Africa is not a zero sum game. Our relationship with China does not come at expense of any other:

South African president Cyril Ramaphosa is of the view that as China expands its grip of the continent, more local partnerships need to be encouraged between Chinese and African entrepreneurs.

President #Ramaphosa: It is through platforms like FOCAC that we should work to balance the structure of trade between Africa and China. As we look to expand Chinese investment in Africa, we need to encourage more local partnerships between Chinese and African entrepreneur.

But, who is in the best position to implement the Africa Beyond Aid campaign if not the leaders? Are they practising what they are preaching?

The United States is not losing in the game of supremacy in Africa to China; Africa is losing.