The All People’s Congress (APC) Australia Branch had their dinner and dance fundraising event on the 26th of December 2015. Both APC Australia Branch and a charitable organisation called Stand4Salone made a PowerPoint presentation highlighting some of their activities they implemented in 2015. They have been very active in Australia, especially in terms of promoting the Sierra Leone community and the country’s developmental projects through their social activities and events. APC as a party branch did a lot of good work, particularly in terms of working   together with the Sierra Leone community, especially in Sydney.

Dedicated, committed and honest patriotic peace, unity, progress and development loving Sierra Leoneans in Australia both APC members and none APC supporters played great role during the Ebola killer disease fight in Sierra Leone. They shipped four 40ft containers of assorted medical items to help fight against the then killer Ebola disease in the country. They went all out to lobby and advocate on behalf of the Sierra Leone government to the Australia government and individual to support the country in order to eradicate the then deadly disease Ebola Virus that killed over 4000,000 Sierra Leoneans, especially the poor and innocent individual and family in the country.

However, there were lots of side attractions to give more flavour to the dinner and dance fund raising night, including the Sierra Leone community young musicians’ and artists. The show also included awards to some of the committed and hardworking APC members for the year 2015 and also the best well dress (APC colour) award. Some of the award winners were Mammy Fatu Bangura of Sydney fame, she was the winner of the award for commitment and hard working woman for the year 2015 and Mr. Hamid Sillah of Melbourne likewise for dedication, commitment and hardwork.

Nonetheless, this writer had a brief chat with the Chairman of the APC Branch in Australia, Mr Mustapha Bangura residing in Sydney,  who was awarded “Community Leader of the Year 2015”, by the Sierra Leone Young Group (SLYG) end of years Diamond Achievement winners night that was held earlier this month.

When asked the purpose of the post Ebola fundraising, he said although the virus itself was declared by World Health Organisation (WHO) on the 7th of November 2015, as free from the country but it left lots of scares that need immediate attention. “Some of them are currently visible in the country,” he emphasised. That was why we decided to raise funds to complement government efforts in solving some of these problems. Because we though it fit that such problems need the immediate attention of every individual or group of patriotic Sierra Leoneans that have real humanitarian feeling and love for the country, he added.

The Chairman pointed out that the post-Ebola challenges in the country include orphans, widows, school drop-out children, pregnant young school going children, hunger etc.  “These are some of the issues the disease left behind.” He said that vulnerable and disadvantaged people need all patriotic Sierra Leoneans’ support to improve their lives. “Therefore, the purpose of this fundraising is to help such people to rebuild their shattered lives. In view of that this, funds that we are presently gathering will go to orphan children in Sierra Leone, especially to Kailahun district orphans, he said.

When further asked what role did they play as APC party branch in Australia during the peak of the Ebola virus in the country, Mr Bangura said that they played a very great role during the hard hit of the virus in the country. “When Ebola virus disease hit the country, we went all out in search of assistance to support our country in the fight against Ebola, especially in search of medical items and financial support from the Australian people and yes indeed we receive support particularly medical items, he said.” He added that through the support of the Sierra Leone community, especially Sydney and their project called Stand4Salone, they were able to send four 40fts containers of assorted medical items and food stuff.

He further stated that the fight against Ebola aftermath need the concerted efforts of all patriotic and nationalist Sierra Leoneans. “Therefore, such fight should not be politicking, especially those who see bad politics against their country as a way of life. In view of that any Sierra Leoneans that have true love for the country and for his or her fellow Sierra Leoneans who are currently languishing in the country because of Ebola virus effects should join the fight against the bad scares of the deadly disease in the country in order to improve the living status of our people,” he appealed. 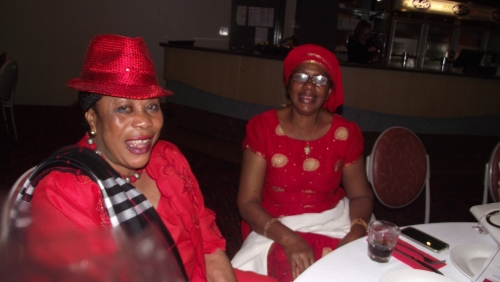 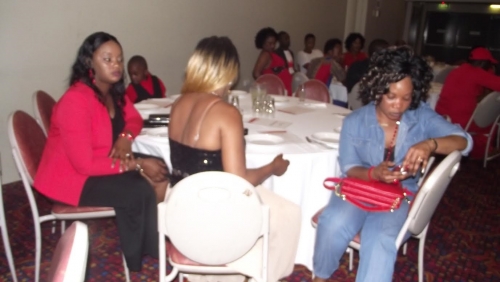 Some of the attendees at the dinner and dance. 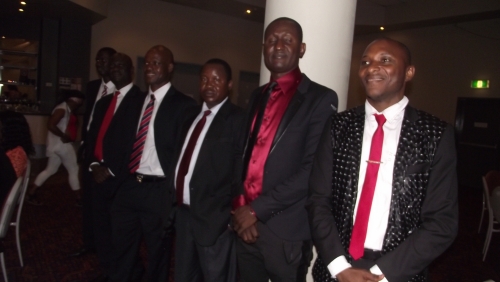 A cross-section of the APC executive in Australia.