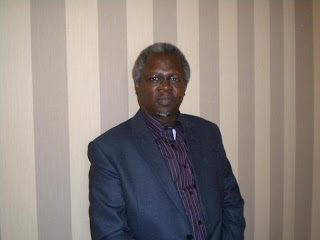 Minister of Social Welfare, Gender and Children’s Affairs Dr. Soccoh Kabia recently joined his colleagues from other countries and women victims of violence and activists during an international conference in Rome to explore factors that cause violence against females and how to combat the practice.

The Sept. 9-10 meeting was called by Italy, which currently holds the rotating presidency of the G8 countries. Discussions were mainly centered on crimes such as rape and domestic violence followed by panels on female genital mutilation, access to education and violence against young girls.

The conference was officially opened by Italian President Giorgio Napolitano with an appeal for non discrimination. He said “Violence against women as well as xenophobia, homophobia and intolerance are caused, to a large extent, by ignorance, the loss of ideals and moral values and from an often unconscious alienation from the principles of on which our Constitution has based our national democratic co-existence.”

The chief organizer of the conference, Italy’s Minister for Equal Opportunities, Mara Carfagna said there are some 140 million women victims of physical and psychological violence in the world today. She noted that most of the violence is carried out within family units and that some 50 thousand women are murdered each year by close relatives.

Italy’s Foreign Minister Franco Frattini said violence against women is an issue of human rights and that the contribution of the G8 countries, which undertook at L’Aquila (Italy) in July to defend health and food security, should also include a realization that without specific actions to promote human rights and combat violence against women, there is a very real risk that the funding agreed will not achieve its objectives.

He said it is to be hoped that all countries, international organizations and women’s associations can work together so that national laws and specific actions against sexual and gender-based violence can be drawn up. He pointed out that gender equality is one of the Millennium Development Goals and therefore, an international Conference on Violence against Women was only to be welcomed.

In his presentation on the situation in Sierra Leone, Dr Kabia said the country has made significant progress in terms of gender-based violence (GBV) and other forms of discrimination against women and young girls. Addressing this phenomenon was among the recommendations of the post-war Truth and Reconciliation Commission; the minister said.

The TRC commission report stressed the need for the then government and successive governments to do more to address the issue of sexual based violence. In response to that recommendation, the SLPP government at the time initiated steps to fight against this practice. A policy framework in the fight against GBV and the empowerment of women has also been included in the APC government’s Agenda for Change, the minister noted. This move he said is significant in a country where many rape incidents happen each year but only 4 or 5 of them are prosecuted.
To a large extent, the policy paper tries to spell out priority areas and ways to combat the phenomenon through the setting up of family support units, investigating abuse against children, women and other vulnerable groups. Included in this fight also is human trafficking, the minister said.

On a more practical note, Dr. Kabia said his ministry has set up the National Commission on Gender-Based Violence (NaC-GVB) which has many stakeholders. The three areas of interest of this body are: mapping out strategies on how to respond to violence and discrimination against women; providing legal assistance and a survival plan which includes counselling; and prevention through education. Education here is also targeted to young boys and girls so that they can grow up fully aware of these issues; Dr. Kabia continued.This has been made possible by the recent setting up of a Directorate for Gender and GBV committees in all districts in the country.

At the policy level, the Minister said there is now what is known as gender main streaming and a policy for the advancement of women issues, both politically and economically. A National Gender Strategic Plan has been developed for the first time to address issues such as empowerment and capacity-building, gender budgeting and accountability, the minister said.

Within this framework, three acts have been passed, namely: the Registration of Customary Marriages and Divorce, Domestic Violence and Devolution of Estates Act.
There are also plans to address the issues of matrimonial causes and sexual offenses, Dr. Kabia noted.

With regards to Female Genital Mutilation, the minister said more needs to be done in the area of dialogue and education. He pointed to the fact that the Child Rights Acts passed in 2007 clearly calls for the protection of children under age 18 and to ensure that they grow healthy, sound and guaranteed basic education. Therefore, any practice that harms their health or physical wellbeing is implicitly illegal. Dr. Kabia said Sierra Leone has obligations towards the Convention on the Elimination of All Forms of Discrimination Against Women (CEDAW Treaty) and the UN Resolution 1325 on women in conflict situations, among others.

Apart from the recent creation of safe homes for women victims of domestic violence and stalking, the ministry has also teamed up with the UN children’s fund UNICEF to map out a referral protocol to protect children who experience sexual and gender-based violence and to continue providing free primary education in the northern and eastern provinces, where it was discovered that children in those two provinces lag behind their counterparts in the other regions of the country and the school drop-out rate is also higher.

In thanking Italy for organising such an important conference, Dr. Soccoh Kabia, appealed to the international community to provide the necessary funding to help especially governments in developing countries to strengthen their prevention and support networks.

Christmas in Sierra Leone : Cocorioko out on the streets to bring you the highlights

by Karamoh Kabba   Monday January 23 , 2006   Sierra Leone and Liberia have many things in common: They are Anglophone-speaking neighbors and hosts to liberated slaves; they had two identical menaces?Charles […]